What Do Blood Cells Do?

What Do Blood Cells Do? 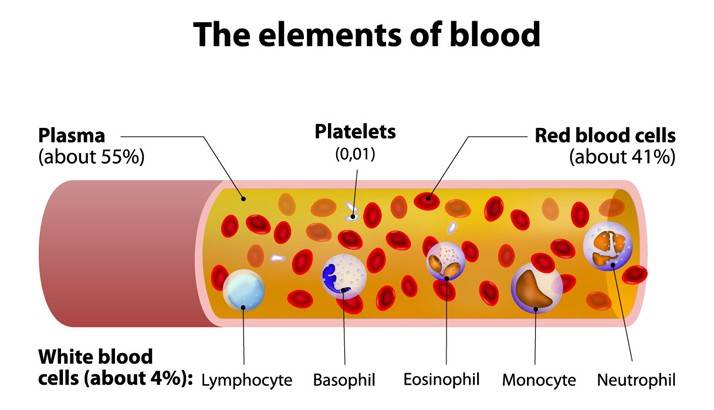 Blood is an essential life-maintaining fluid that circulates throughout our entire body. There are three main categories of blood cells: red blood cells, white blood cells and platelets. Every blood cell begins life as an unspecialized cell called a stem cell. Stem cells eventually mature to fall into one of the aforementioned three main categories. It's important to note that each cell in our body has a limited lifespan and must be replaced constantly.

What are red blood cells?

How are red blood cells used?

Certain conditions within our bodies may trigger the production of red blood cells. For example, if our body doesn't have enough blood cells or our body tissue lacks oxygen. Then a hormone called erythropoietin will stimulate the bone marrow to produce more red blood cells.

However, there are instances where our body cannot produce enough red blood cells to meet the demand our body needs. If the number of blood cells is too low, this is known as anemia. When a person is anemic, their blood carries less oxygen throughout the body, which may result in fatigue and weakness. Having a low number of red blood cells could be a result of trauma, surgery, blood loss or blood disorders such as sickle cell disease.

What are white blood cells?

There are five main types of white blood cells:

Lymphocytes: Help the body make cells that fight against infection and make antibodies.

Basophils: Release histamine if there is an allergic reaction; help prevent blood clots.

How are White Blood Cells Used?

Currently, the Red Cross collects granulocytes to help treat infections that don't respond to antibiotics. This process is known as apheresis and the cells must be transfused to the patient within 24 hours of donation. Donated granulocytes are collected on an as-needed basis. To be eligible to donate granulocytes, you must have donated platelets through the Red Cross within the past 30 days.

Platelets, or thrombocytes, are tiny blood cells that can only be seen under a microscope. They are made from the spongy center inside our bones known as bone marrow. Platelets typically live for about 8 to 10 days in our body. A platelet's main function is to rush to an injury in the blood vessel and form a plug to fix the damage. This plug is known as a clot, or thrombus, which helps prevent blood loss.

How Are Platelets Used?

Because platelets help control bleeding, they are mainly used for cancer treatments, organ transplants, surgeries, and platelet dysfunctions. Platelets can be extracted from a whole blood donation using a centrifuge or they can be collected using an automated process. This process allows, one donor to contribute four to six times as many platelets as platelets collected from a whole blood donation. And because platelets need to be used within five days of donation, there is a constant need for platelet donors!

Are you ready to answer the call and donate blood?