Mere hours after his birth on Jan. 13, 2017, Finnegan “Finn” Olson was admitted to the hospital for what was assumed to be a minor respiratory problem. His parents’ joy soon turned to fear when an echocardiogram found that their newborn son had severe hypertrophic cardiomyopathy, a disease that makes it harder for the heart to pump blood to the rest of his body. His heart was found to be five times the expected size for a newborn. 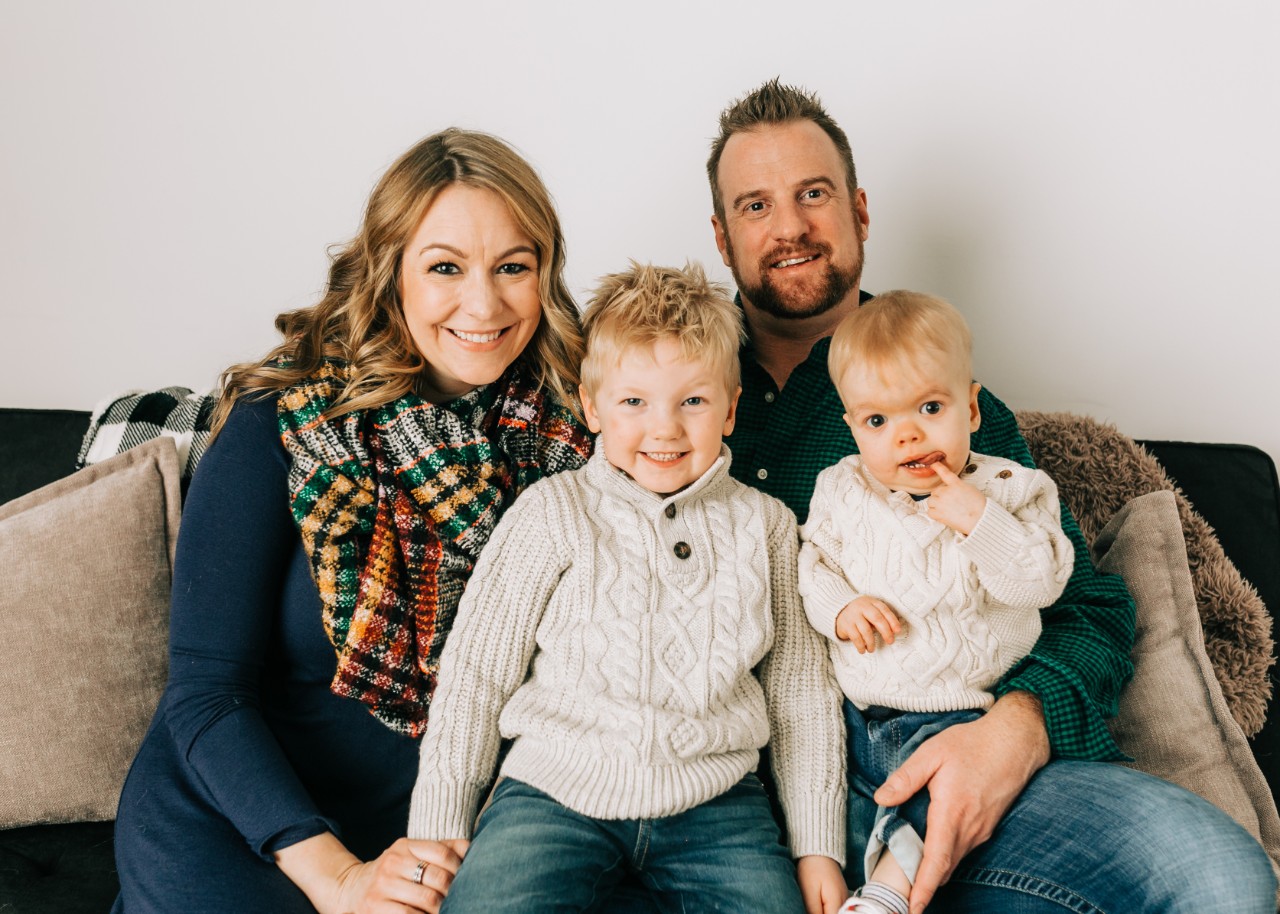 “When the doctor told us that Finn had something wrong with his heart, my husband and I sat in utter shock as tears streamed down our faces,” said his mother, Ali Olson. “Prenatal ultrasounds did not detect anything, and these were words that we weren’t prepared to hear.”

Finn was released to be closely monitored from home following 10 days in the neonatal intensive care unit. He was readmitted a few months later because he was not thriving.

After spending a month in the cardiac intensive care unit, eventually being attached to a heart-lung bypass machine, Finn was transferred to another hospital with high priority to receive a pediatric heart transplant.

Six months after his birth, Finn received his very special gift – a lifesaving heart. Many blood transfusions were needed to bridge Finn to his new heart.

“We never truly understood the impact that donating blood had. We credit blood donation with making Finn stronger and helping keep him alive long enough to receive a new heart,” said Ali. “Finn is living proof that blood helps save lives.”

Now, Finn is heart-healthy and doing well. His mother says he’s the “happiest baby ever!” He will continue to have regular checkups to monitor his progress.

“Thank you just isn’t enough to the blood donors who helped save Finn’s life,” said Ali. “You never know when you or your family is going to be the one in need. We want to help educate on the importance of blood donation and encourage others to give to help ensure patients like Finn have the lifesaving gift when they desperately need it.”