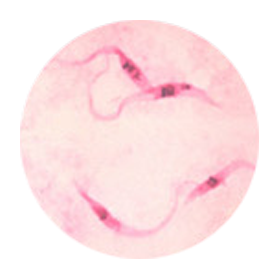 Chagas disease is a serious, often fatal disease caused by the parasite Trypanosoma cruzi. The agent is endemic in the Americas but most commonly occurs in Latin America. The test used for blood donor screening is a chemluminescent immunoassay (ChLIA) performed on an automated platform (PRISM) for the qualitative detection of antibodies to T. cruzi in human serum or plasma samples. An FDA licensed enzyme strip immunoassay (ESA) is used for confirmatory testing. No approved donor reentry algorithm is yet approved from the Federal Drug Administration. Although T. cruzi may be transmitted to transfusion recipients, to date the Red Cross has not identified any recipients infected by blood components from screened-negative donors, and has not identified any screened-negative donors who subsequently were confirmed positive. All reports of transfusion transmission have been from platelets, or previously (prior to separation of components from whole blood) by whole blood from unscreened donors; in total approximately 20 such transmissions are in the scientific literature worldwide. Because donors who test positive have acquired their infection long ago, the Red Cross (and all US blood centers) only tests those donors who have not been screened previously. The frequency of detecting a positive donor is about 1 per 15,000 donations screened. 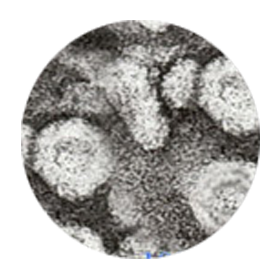 HBV DNA and HBsAg are the first viral markers to circulate in an individual infected with HBV. Anti-HBc appears in the blood of individuals infected with HBV one to four weeks after the appearance of HBsAg, and at the onset of symptoms for the minority of individuals (5% or less) who develop symptoms. A chemiluminescent immunoassay (ChLIA) is used for the qualitative detection of HBsAg and anti-HBc in human serum or plasma samples.  A triplex nucleic acid test (NAT) was introduced by the Red Cross in 2009; it includes the detection of HBV DNA along with the detection of HIV-1 RNA and HCV RNA. Transcription-mediated amplification is the type of NAT used at the Red Cross to detect nucleic acids (RNA and DNA). Testing is performed in mini-pools of 16 individual donation samples. The individual donation samples are tested if contained in a reactive mini-pool followed by virus-specific testing of the reactive individual donation to determine the virus responsible for the sample's reactivity. Specific antigen neutralization is used for HBsAg reactive confirmation; HBsAg-reactive samples that are HBV DNA reactive do not require further testing by neutralization. Anti-HBc reactive samples that are HBsAg and HBV DNA nonreactive by routine testing are further tested individually for HBV DNA using a specialized NAT assay. Donors testing falsely positive for any HBV marker may be reentered. The risk of HBV infection through blood transfusion is between 1 in 800,000 and 1 in 1,000,000 per transfused unit. NAT has reduced the window-period from HBV infection to detection by about 8 to 10 days. This leaves an approximate period of 3 to 4 weeks when an infected donor may not be detected by blood donation screening. The frequency of detecting an active HBV infection in a blood donor is about 1 per 12,000 donations screened. 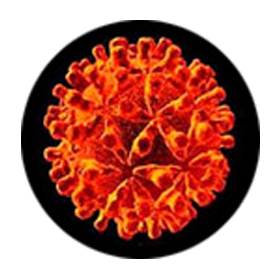 HCV is the causative agent for most, if not all, blood-borne non-A, non-B hepatitis (NANBH). A chemiluminescent immunoassay (ChLIA) is used for the qualitative detection of antibodies to HCV in human serum or plasma samples.  A duplex nucleic acid test (NAT) was introduced for HIV-1/HCV RNA detection in 1999, and updated to include the detection of HBV DNA in 2009 (see above). Donors who test HCV-antibody reactive, but NAT negative by routine testing are further tested by another licensed HCV-antibody screening test to determine if the antibody reactivity is specific; donors who test anti-HCV and HCV NAT reactive do not require further testing. Donors testing falsely positive by either antibody or HCV NAT may be reentered. The risk of HCV infection through blood transfusion is about 1 in 1,000,000 per transfused unit. NAT closes the window period between infection and the detection of antibody for those infected with HCV by about 50 to 60 days. This leaves an approximate period of 1 week when an infected donor may not be detected by blood donation screening. The frequency of detecting a positive donor is about 1 per 5,000 donations screened. 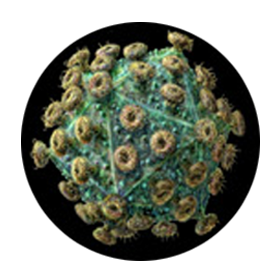 Blood donation screening for HIV-1, the causative agent of AIDS began with antibody testing in 1985. Many improvements in testing have occurred including adding the detection of a second HIV agent (HIV-2 in 1992). A chemiluminescent immunoassay (ChLIA) is used for the qualitative detection of antibodies to HIV-1 and HIV-2. A duplex nucleic acid test (NAT) was introduced for HIV-1/HCV RNA detection in 1999, and updated to include the detection of HBV DNA in 2009 (see above). Donors who test antibody reactive are further evaluated by additional tests to confirm the presence of HIV antibody and to differentiate HIV-1 from HIV-2 antibodies. Tests for this purpose include an HIV-1 indirect immunofluorescence assay, an HIV-2 enzyme-linked immunoassay and an HIV-1 and HIV-2 rapid test for viral differentiation. Donors testing falsely positive by either antibody or HIV NAT may be reentered. The risk of HIV-1 infection through blood transfusion is about 1 in 1,000,000 per transfused unit. NAT closes the window period between infection and the detection of antibody for those infected with HIV by about 2 weeks. This leaves an approximate period of 7 to 10 days when an infected donor may not be detected by blood donation screening.  The frequency of detecting HIV-1 in a blood donor is about 1 per 33,000 donations screened; however, the frequency of detecting HIV-2 in a blood donor is extremely rare at 1 per 57 million donations with only 5 such infected donors ever identified since HIV-2 screening began in 1992. 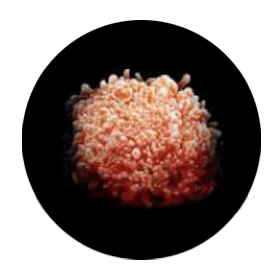 HTLV-I is a human retrovirus that has been associated with neoplastic conditions and a variety of demyelinating disorders.  HTLV-II is not yet proven unequivocally to be of significant clinical concern. Qualitative antibody detection for both HTLV-I and HTLV-II in a combined test is performed using ChLIA (as is done for HBV, HCV and HIV). Donors who test reactive for anti-HTLV-I/II are further tested by a second licensed anti-HTLV-I/II screening test and a licensed western blot to determine if antibody is present.  The western blot confirms infection and differentiates between HTLV-I and HTLV-II infection (with HTLV-II slightly more common than HTLV-I)).  There are no NAT assays available for HTLV-I/II and no protocol yet approved by the FDA for donor reentry.  The current risk of transfusion-transmitted HTLV-I/II is less than 1 in 2,000,000 and the frequency of detecting an infected donor is 1 per 27,000 donations screened. 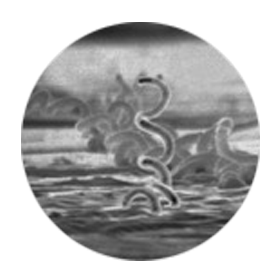 The test used for syphilis is a qualitative screening test that detects the presence of antibodies to the spirochete (cork screw-shaped bacterium) Treponema pallidum by an automated agglutination assay based on specific pattern recognition. Confirmation is performed using another serologic test for total antibodies, an enzyme-linked immunoassay, as well as a test for reagin (a protein-like substance that is present during acute infection and for several months following resolution of infection).  Reagin testing was the first screening method used but was replaced by antibody testing in 1995.  No cases of transfusion-transmitted syphilis have been recorded for more than 50 years. 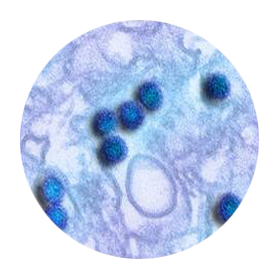 Zika virus, a flavivirus that is recently emerging in the Americas, may cause mild symptoms such as: fever, skin rash, conjunctivitis, muscle and joint pain or headache.  More severe neurological complications have been documented, such as Guillain-Barré syndrome and microcephaly or other congenital brain abnormalities in the developing fetus of an infected pregnant female.   Zika virus was first identified in rhesus monkeys in the Zika forest of Uganda in 1947.  It has since expanded across the South Pacific islands into South America, Central America and the Caribbean.  The virus is most commonly transmitted to humans through mosquito bites; but may also be transmitted by sexual contact, other contact, laboratory acquisition or blood transfusion.  Zika virus nucleic acids (RNA) are detected using an investigational NAT assay.  Investigational NAT in mini-pools of 16 was introduced in June 2016 in 5 southeastern states and by October to 10 states, all performing testing on individual donations.  Testing expanded to all Red Cross regions by November 2016.  Since December 2016, all Red Cross donations are tested individually by NAT.   NAT-reactive donations are further tested by various NAT methods including PCR; antibody testing is also performed to confirm infection. 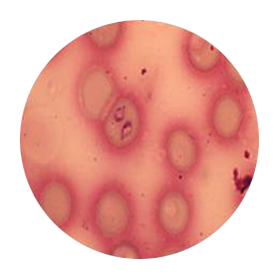 Babesia microti is a red cell parasite that is endemic in the Northeastern and upper Midwestern regions of the US and responsible for the disease referred to as babesiosis.  The parasite is most often transmitted by the bite of a deer tick but may also be transmitted by blood.  Infection may be asymptomatic or cause non-specific symptoms: fever, fatigue, headache and muscle pain, or in some cases severe disease in those with a compromised immune system, hemoglobin-related diseases (such as sickle cell disease) or those lacking a spleen.  The Red Cross began blood donation screening under an investigational protocol in June 2012 in the New England area and upper Midwest.  Donors who consent for investigational screening are tested by two tests: an individual donation NAT assay (polymerase chain reaction, PCR) and an antibody assay, the latter using an automated indirect immunofluorescence assay (IFA). Reactive donations are further tested by various methods to confirm infection including more sensitive PCR methods and western blot. The frequency of detecting an infected donor in an endemic area where screening has occurred is about 1 per 300 donations.  The current risk of transfusion-transmitted babesiosis is generally about 1 per 100,000 donations in an endemic state but maybe as high as 1 per 18,000 in highly endemic areas.  Unscreened blood in a highly endemic area is 9 times more likely to be infectious than screened blood (where screened blood has not be associated with a transmission). 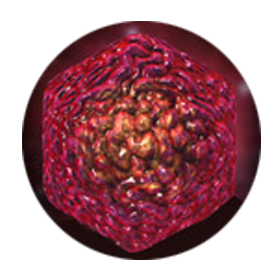 WNV is a flavivirus commonly found in many areas of the world including West Africa, Europe and the Middle East. The virus is most commonly transmitted to humans through mosquito bites; it was first introduced in the US in 1999 and reached epidemic proportions in 2002, the same year that WNV was documented to be transmitted by blood and organs. WNV RNA is detected by NAT using the same type of assay as used for HIV-1, HCV and HBV. NAT-reactive donations are further tested by various NAT methods including PCR; antibody testing is also performed to confirm infection. Following the introduction of blood donor screening there have been 14 cases of transfusion transmission from screened blood; all are believed to be due to donations having very low levels of virus. This translates to a risk of about 1 per 84 million donations for the Red Cross. Testing by NAT occurs in mini-pools like that done for HIV-1, HCV and HBV (see above); however, in addition, measures are in place to reduce the risk of transmissions from donors with low concentrations of virus that would occur from donors having early or late infection during WNV epidemics. To increase sensitivity, screening is converting from testing donations in mini-pools (which is done for all HIV-1, HCV and HBV NAT) to testing donors individually in areas of on-going outbreaks. Since testing began in 2003 through the end of 2016, the Red Cross has detected approximately 3,500 WNV-infected donors.

In addition to these tests, every unit is tested to identify the donor’s blood group (O, A, B or AB) and Rh type and screened for atypical or unusual red cell antibodies. Units tested negative for cytomegalovirus (CMV) are also available. Investigational protocols have been implemented to test for infectious disease agents that are present in certain geographic regions of the US and have been demonstrated to be transfusion transmitted, such as dengue viruses in Puerto Rico and the parasite that causes babesiosis in New England and the upper Midwest.